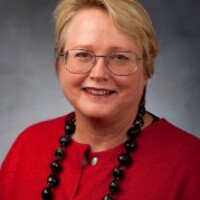 Dr. Cynthia Finlayson has 41 years of experience working in the Near East and is the only woman in the history of near Eastern archaeology to have directed major archaeological expeditions to two UNESCO/World Heritage sites in two different Arab countries (Petra, Jordan and Palmyra, Syria).

In addition, she has directed excavations at the Great Theater of Apamea, Syria that competes with the Great Theater of Ephesus, Turkey for the title of the largest extant Roman theater in the world, as well as managing a major museum development project at the Azem Palace in Damascus.

She is currently the Director of the Ad-Deir Monument and Plateau Project in Petra, Jordan and Special Consultant to the Holy Land Christian Ecumenical Foundation's museum in Bethlehem on the West Bank. All of these projects involve both undergraduate and graduate students from BYU.

Dr. Finlayson teaches the Old World Classical Archaeology series of courses for the Anthropology Department (Egyptian, Aegean and Greek, Etruscan and Roman, and Islamic) as well as selected Museum Studies courses on both the undergraduate and graduate levels.

New Perspectives on the Ritual and Cultic Importance of Women at Palmyra and Dura Europos: Processions and Temples

In, Annual of the Archaeological Institute of the University of Warsaw, Poland. (Peer Reviewed for one of the important international journals dealing with archaeological excavations at Palmyra, Syria). (24 pp.)
New Excavations and a Re-examination of the Great Roman theater at Apamea, Syria, Seasons I-III (2008-2010)

In, American Journal of Archaeology/AJA. Naomi Norman, editor. (Extensively peer reviewed for one of the top tier archaeology journals in the nation and internationally). (43 pp.)

Explorations in the Azem Palace: A Museum Guidebook